Popular tools to use at each phase of the DevOps process.

The 8 phases of a DevOps pipeline:

Quora: What are the popular DevOps tools that you use?

The Reference Architecture we deploy for a typical Gruntwork customer looks like this: 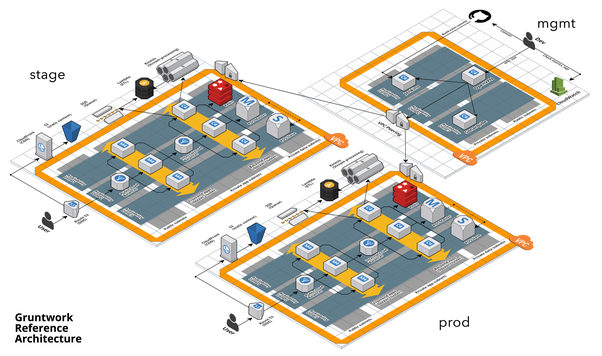 The architecture is configured as follows: